In discussing the effects of pesticides on honey bees (and all pollinators, for that matter), mosquito spray and its effects on honey bee health tends to come up now and again. So I thought I would address those concerns in this article.

If you happen to live in a state or county with a mosquito abatement district, perhaps as a beekeeper, this question has popped up “Is Mosquito Abatement harmful to my bees?”.

The article will focus on the effect of Mosquito chemicals on honey bees, share research articles on these chemicals, and share what you can do to offer another level of protection to your colonies.

The first is a chemical called VectoPrime FG; this is a biological larvicide used to treat irrigation water and targets mosquito larvae. It’s not meant for human drinking (humans should not be drinking irrigation water anyway). According to the Mosquito Abatement District in Gem County, it does not affect honey bee health if honey bees drink water from the irrigation.

The second chemical used is called Perm-X UL 30-30, and this is used by truck aerosol to create a chemical fog. This chemical has a target effect on Adult Mosquitoes, Biting and Non-biting Midges, and Black Flies. Other non-targets that have toxic effects include aquatic organisms, including fish and invertebrates, and bees. (We will get to what ‘toxic effects’ mean later in the article)

The third chemical that is used is labeled as Dibrom and is used in the aerial application via aerial spray by plane(this is done by a company called VDCI). This chemical targets “mosquitoes, flies, and certain other nuisance insects” (Data Sheet For Dibrom)
Other non-targets that have toxic effects include aquatic organisms, including fish and invertebrates, wildlife, birds, and bees. (We will get to what ‘toxic effects’ mean later in the article)

What have some scientific studies revealed about the use of mosquito controls?

An article covering Dibrom using aerial application conducted in Florida noted that aerial ULV application of naled (the main chemical in Dibrom) had a negative impact on honey bees, mainly when honey bees were clustered outside the hive in the summer. “For the treatment groups, the highest average number of dead bees per hive was 210 following naled application.” (Impact of Naled on Honey Bee Apis mellifera L. Survival and Productivity: Aerial ULV Application Using a Flat-Fan Nozzle System)

This would amount to a little over 1/4 cup of dead honey bees. This is less than what you would do when doing your mite counts for beekeepers. Of course, this would be for direct exposure; there is not much research on the long term effects of nailed and other chemicals, which one would presume may have some long term effects, at least on that generation of honey bees and perhaps the second generation of honey bees depending on the in hive exposure.

In looking at those results, it is important to note that the consistency in chemical application and distribution increases as we move from the flat-fan nozzle systems to a high-pressure nozzle system; as one article mentions “Compared with the flat-fan nozzle systems currently used by most of Florida’s mosquito control programs, the high-pressure nozzle system used in this experiment substantially reduced environmental insecticide contamination and lead to decreased bee mortality…” (Minimizing the Impact of the Mosquito Adulticide Naled on Honey Bees, Apis mellifera (Hymenoptera: Apidae): Aerial Ultra-Low-Volume Application Using a High-Pressure Nozzle System)

So it seems in looking at the data of both flat-nozzle and high pressure, this decrease in honey bee deaths results from constant particle size and chemical distribution. The same article mentions, “We concluded that substantial bee mortality (100 dead bees) resulted when naled residue
levels were 2,000 ug/m2, and honey bees were clustered outside of the hive entrances during
mosquito adulticide applications…” . When you compare these results from the high-pressure nozzle system to the flat-nozzle system, the application and dropless size varied from area to area and application to application which increased honey bee death when residue levels were above thresholds. So dropless size and equalized chemical distribution resulted in a decrease in honey bee deaths.

In talking with VDCI, who handles all aerial applications by plane for Gem County, ADA County, and Caynon County (talk with your local mosquito abatement district for information in your area), they are using a Rotary Atomizer in their applications. 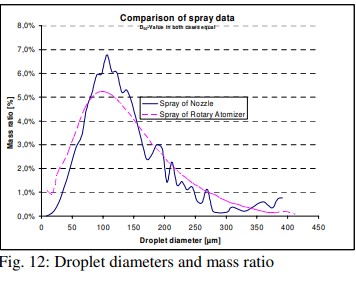 Image From Droplet Sizes and Droplet Spectrums of Spray Dry Nozzles and Rotary Atomizers under typical conditions of use. 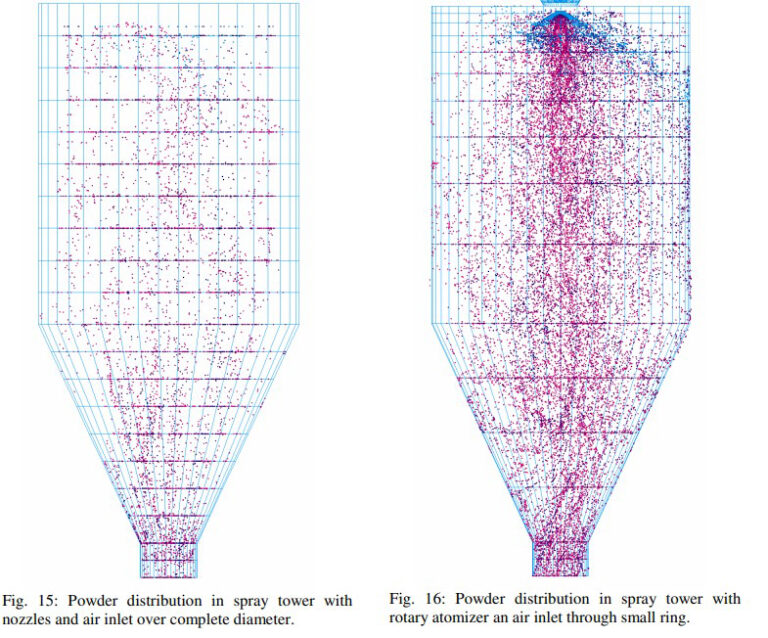 Image From Droplet Sizes and Droplet Spectrums of Spray Dry Nozzles and Rotary Atomizers under typical conditions of use.

This would conclude reasonably that honey bee death is even less than when using the high-pressure nozzle system. (Droplet Sizes and Droplet Spectrums of Spray Dry Nozzles and Rotary Atomizers under typical conditions of use)

In speaking with VDCI, they care a lot about the health of honey bees and non-target creatures. They usually start flying 15 minutes before sunset and spray through the night. Since drone congregation areas have a huge part in dispersing genetics through the area, and they are flying and mating up to around 100 feet off the ground, by the time spraying starts, they are already safe inside the hive.

What about truck fog used in mosquito abatement in suburban fields? A research article published in France noted that “Whereas insecticide exposure of hives was documented, there were no significant effects of these sprays on bee mortality. Throughout the course of our study, we typically saw between 25 to 120 dead bees per colony per week, which is considered natural mortality in bee colonies [39]…”(Effects of truck-mounted, ultra low volume mosquito adulticides on honey bees (Apis mellifera) in a suburban field setting). Even though this study was conducted outside the US, the chemicals used in the study were pyrethroids, and the chemical used in Gem County, Perm-X UL 30-30 is also labeled as a pyrethroid.

The purpose of this article is not to say these insecticides used in mosquito abatement have zero effect on honey bees, but rather to show the research that when used properly and as directed, they can have very little impact on health bee health. In talking with both Gem County Mosquito Abatement and VDCI, it was my impression that they cared a lot about protecting our honey bees and are doing all they can to treat areas as safe as possible.

This does not mean as beekeepers; we don’t want to do our due diligence to further protect our bees. So what can do to add even more protection to our honey bees during seasons and times of chemical application?

These are the important steps to consider when wanting to add that further layer of protection for chemical exposure to your hives.