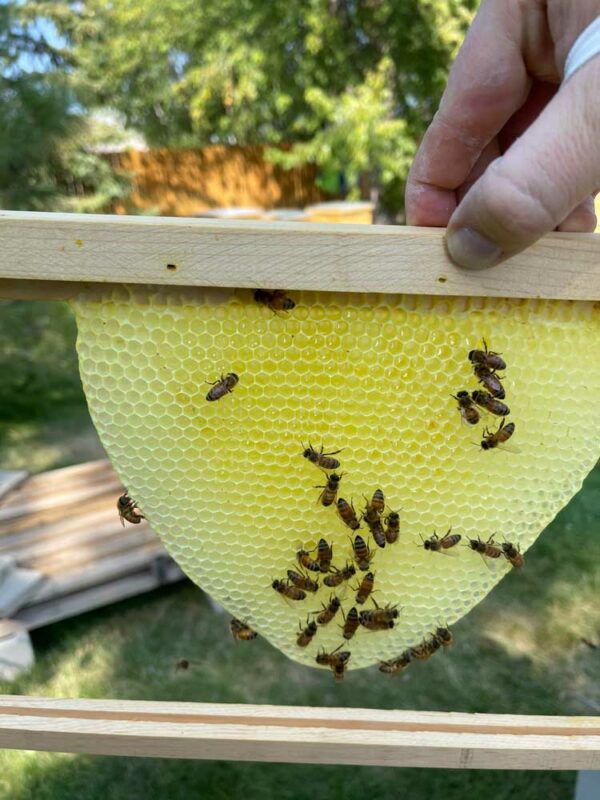 With this article, I did not want to detail all the different foundations with the benefits or negatives of each; I’ll leave that for a future article. So instead, we will focus our attention on foundationless frames and why we as a company have decided, backed by research, to use them in all our beehives both in store and in all our apiaries.

Many say working with foundationless is more work than pre-stamped foundation, and I would have to agree. If you are looking for the most manageable, easy-to-use foundation, it’s plastic. As we will get to later, convenience in beekeeping rarely works with the biology of the honey bees. Remember that foundationless is only ‘challenging’ when the honey bees first build the comb. Once the comb is drawn, they are as good as using other foundations. They require the same care when extracting them as when using wax foundation. 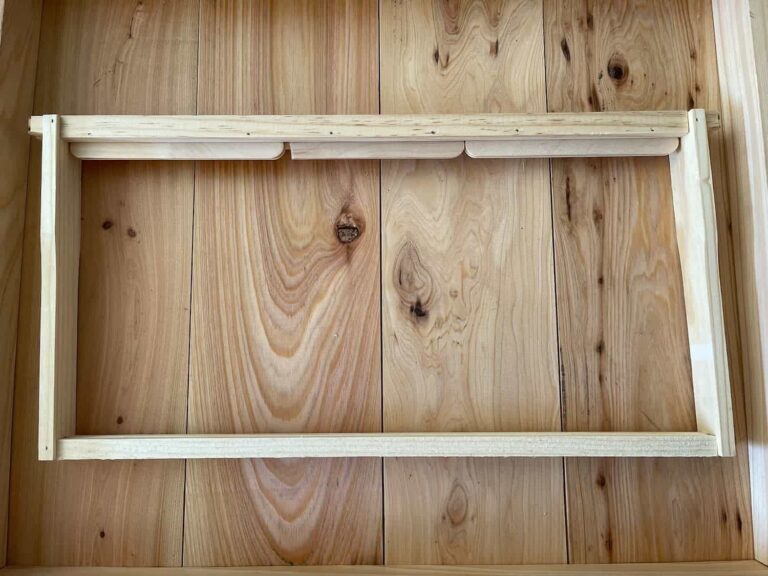 Here are a few things to remember when the honey bees are first drawing out the comb.

Even when following these steps when the comb is first being drawn, the honey bees may still build them a little wonky, so you may have to fix a few of them with your hive tool to get them straight.

Once the honey bees build the comb, you are good for years until you have to replace the frame (recommend every three years regardless of what foundation you are using).

Still, you may be wondering, why would any beekeeper use foundationless? Extra work is extra work. The reason? Research shows that it benefits the ecology of the hive, the health, and the biology of the colony. As a result, the honey bees are better able to resist Varroa, diseases, and they are overall a healthier colony.

It is not a complete health fix but one of the many tools that push the bar up in building a healthier colony that far outweighs a few minutes of work every few years using foundationless.

It’s important to note that when feral honey bees or wild honey bees (not in the US) build their hives, they create wax comb from scratch; no manufactured foundation is used. There is an essential biological component to this process that we will discuss.

Let us look at the research papers and see some facts on foundations.

When looking at average cell sizes.

Standard worker foundation (plastic or wax) is 5.4 to 5.5mm

Natural Worker Comb (they make it themselves) is 4.6 to 5.1mm

The research showed “A survey of the literature revealed a close correlation (r2 = 0.97) between fore wing length and brood cell diameter across 14 races of A. mellifera (Fig. 1), also fore wing length is closely correlated to bee head width (r2 = 0.97 worker & drone) in Apis(calculated from data in Ruttner, 1988)…”

Now what’s interesting is how the article concludes. “Although reproduction of Varroa sp. is affected by the space between the developing bee and cell wall, reducing cell sizes as a mite control method will probably fail to be effective since the bees are likely to respond by rearing correspondingly smaller bees which explains the close correlation between cell and bee size…”

Conclusion: A smaller cell = small honey bees, and larger cells = larger honey bees. Smaller cells do not mean it’s a Varroa control by itself; instead, having the honey bees create the ideal cell size that fits their particular biology is beneficial from a health perspective. Forcing the honey bees to grow or shrink to fit into a stamped foundation inserted into their hive has a logically corresponding negative health effect.

A paper from the department of biological bases of animal production said, “Maintaining colonies on small-cell combs, combined with the lack of strong parasitic pressure from V. destructor, extended the life span of these bees in comparison with that of bees from standard-cell combs….”(Life span of worker honeybees reared in colonies kept on small-cell combs)

So a smaller cell does increase the health of the honey bee.

From a logical perspective, a smaller cell size matching the natural biology of the honey bee would create a more accessible space to clean.

These are just a few articles on the negative impacts of a pre-stamped foundation. For sustainable beekeeping, we believe it is vital to work with the biology of the honey bees and not on sole beekeeper convenience. As was mentioned, this is not a fix to the problem but rather an essential reminder that honey bees were alive long before we were around. If we observe the design and biology of these creatures and work with them, we will reap much more rewards both as stewards and as beekeepers.