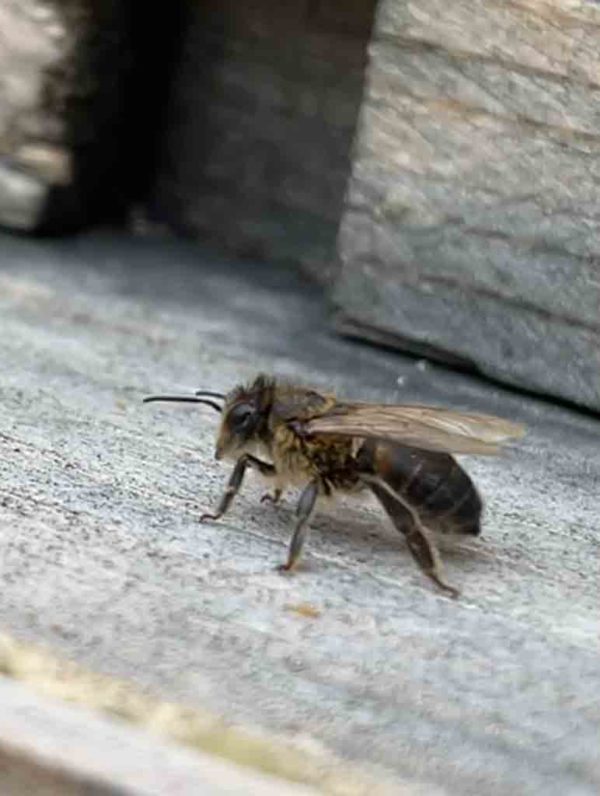 Pheromones play a considerable part in the honey bee colonies’ communication and coordination. As a result, the honey bee pheromones are one of the most advanced among all social insects.

This article will focus on a broad view of pheromones and glands. This one subject could be a book by itself, so we will keep it brief and try to provide a good overview in this article. In future articles, we will discuss each gland and its pheromone production in greater detail.

Honey bee pheromones are a chemical substance secreted by the exocrine glands, of which there are 12 (in the queen-worker honey bee, drones have less). Glands produce a liquid that stays as a liquid or converts into a gas state, depending on the gland.

Pheromones are chemical substances that are secreted from a single gland or can be secreted and combined by multiple glands to create different pheromones.

There are two types of pheromones: primer and releasers. A primer pheromone triggers complex and long-term responses in physiology and behavior that can last hours or days. Releaser pheromones create rapid responses that don’t last as long but still affect behavior and physiology. (Pheromones of the honey bee colony)

Nearly every honey bee response is influenced by pheromone production to swarming, queen care and management, hive protection, hive cleaning, brood care, Varroa defense, hive location, and many more that we know and perhaps, even more we don’t know.

In a comparison, Humans communicate with words, sense stress, tone, modulation, body language, facial expressions, and interpreted action. With honey bees, besides some communication via dancing for a food source and new hive locations – all of the other simple and complex behaviors and physiology are based on chemical production from pheromones or ‘signature mixtures’ (like nestmate recognition). Their superorganism design is based on chemical signals being distributed and received. It’s how they communicate.

The 12 glands that a queen-worker has are:

It’s a highly complex system that is just exciting to study about. In future articles, we will break down each gland, discuss the pheromones at play, and see how they interact and contribute to the hive system.