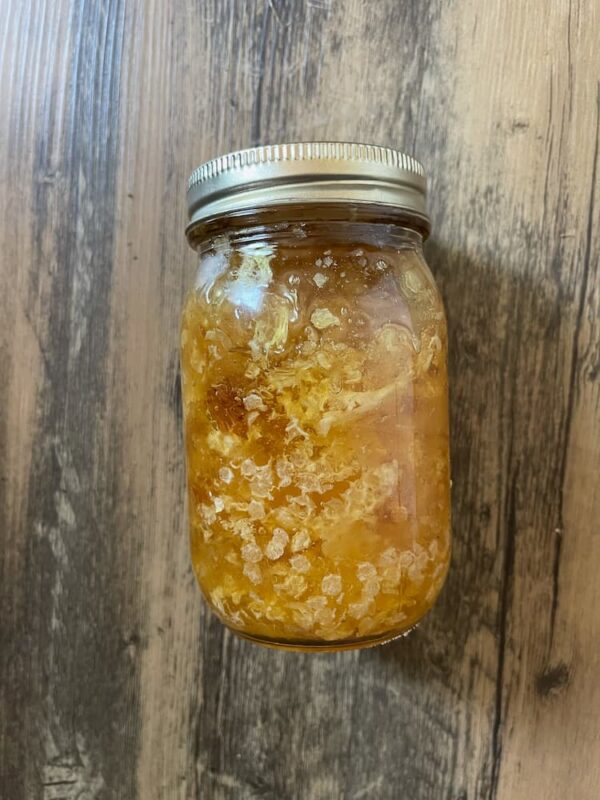 Is Raw Honey The Same As Store-Bought Honey?

I realize the semi-controversial topic, but it is essential to discuss these differences. This one topic (as with many) can nearly encompass a small book – but ill try to keep things short and to the point.

First, the vast differences between “store-bought” and “raw honey” are immense. Just because it is store-bought does not mean it’s “bad”, and on the flip side, just because honey is raw or local does not necessarily mean it’s “good”… There are some practices in the industry, like some imports that mix honey with sugar to pass it off as ‘real’ honey. But not all imported honey is ‘bad’ which is another topic altogether.

According to an article published by the USDA – “In 2020, imports accounted for 70 percent of total honey available to use in the United States…”.

So it’s safe to say that statistically, the honey you buy at the store is imported honey, even though there are some exceptions to that – since Idaho is a large honey-producing state – we do have a lot of honey in this area that was produced here – just make sure to check the label. Also, just because a company’s headquarters is local does not mean the honey is local, local in this context would mean somewhere in the US.

Ok, let us get back on track – what’s the difference between store-bought honey and raw honey? The main difference is the production method. Most consumers don’t like granulated honey (you know honey that gets those crystals in it), so store-bought honey is mainly processed or pasteurized or, more accurately, highly filtered with the use of moderate heat.

Keep in mind when honey granulates, it does not mean the honey has gone bad. But many consumers think that’s the case, and so store-bought honey nearly always has honey that was processed to prevent this and give a nice clear color to the honey.

In simple terms(but not 100% accurate), store-bought is processed, and raw honey (or local honey) is not.

Due to this, raw honey tends to have a more distinct flavor and tends to retain more nutrition(like pollen grains can be found more in raw honey) that was filtered out during the processing. Also, if the honey was harvested within 50 miles of your home, there is a benefit to assisting with seasonal allergies.

It entirely depends on your definition. Raw honey is a good option if you want minimally processed honey – almost straight from the hive. If it does not matter to you, then store-bought may be fine and a cheaper alternative.

We will have another article on similar topics because there is so much more to say. Like with store-bought – how it’s processed matters – so some store-bought are ‘better’ than others. Or raw/local honey – just because it is local does not mean it’s ‘better.’ Some local beekeepers use too many chemicals in their beehives, and that can not only hurt the bees but also get into the honey that you eat, whereas store-bought tend to have a much more accurate system with their chemical use. On the other hand, some local/raw honey producers (like us) don’t use any chemicals in their hives – so that would limit some chemical exposure in the hive, honey, and your body.

The best advice I can give you is to get to know your honey supplier(or farmers, for that matter). The more you know about how your food gets to your table, the better it will be in understanding and appreciating the process.